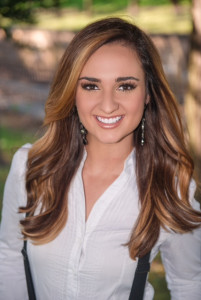 Growing up watching her dad, Bob Pompeani, on KDKA-TV every night, Celina always knew she wanted to end up in broadcasting.

Celina is currently a host, reporter and producer for PensTV, as well as the in-arena host at every Penguins’ home game.

She also took on the role as the morning traffic anchor on KDKA-TV in October of 2017.

Outside of work, Celina loves to dance, she enjoys trying many of the new restaurants Pittsburgh has to offer with her friends and loves to volunteer at Children’s Hospital of Pittsburgh of UPMC during the Penguins’ off-season!